How Servetel Helped Cipla to Run their Webinars Successfully “Caring for life”, with this motto in mind, CIPLA has been expanding the reach of innovative and high-quality medical solutions across the globe since 1935. It is one of the leading pharmaceutical and biotechnology company in India.  The company has been actively researching, creating and delivering medicines in more than 100+ countries. CIPLA’s primary focus lies in developing drugs for respiratory, cardiovascular disease, along with arthritis, diabetes, weight control, depression and other healthcare problems.

Challenge faced by CIPLA and Solutions offered by Servetel

CIPLA is continuously in a quest to research and develop new medicines besides upgrading its formulation of existing medications. Therefore, it was important for CIPLA to keep their doctors informed of every new medicinal development happening in their R&D department. Hence, they decided to conduct regular webinars to inform their panel of doctors of every new and important discovery.

However, to successfully conduct the webinars it was crucial to communicate the schedule of the same in advance to the doctors. In an attempt to maximise the success of their webinars, CIPLA faced a set of challenges. Let’s understand these challenges in detail below and what solutions did Servetel offer to overcome these challenges.

Earlier, CIPLA used SMS and emails to broadcast the webinar information. However, the doctors have a tight schedule, and limited time to open their phones to operate email and SMS. So this approach failed to achieve a good response. Many times doctors read their emails or SMS at the end of the day, and at other times it remained unread for days. Due to this delay, webinar witnessed a smaller number of doctors which defeated the whole purpose of this initiative.

Servetel offered voice broadcast solution to CIPLA which solved their problem of reaching out to maximum doctors in short span of time. Also, sending a voice broadcast with all the webinar information received more response as larger number of calls were answered in comparison to email and SMS.

In case of unanswered calls, retry attempts were automatically made after a set period. Servetel web portal also provided the flexibility to manually control the number of retry attempts and its frequency.

Maximum number of doctors answered the call broadcast and were informed of webinar well in advance. Hence, the webinar experienced a massive surge in the number of attendees. With retry option, the reach of the call broadcast got maximised which also helped in boosting these numbers.

Sending information to doctors was only half work done. The next major challenge faced by CIPLA was to understand the reasons for fewer attendees and to optimise the process thereafter. However, this analysis could not be achieved with their last system which affected the efficiency of the process and restricted any further improvements.

Servetel provided live dashboards and reports to understand all the facts and figures. These dashboards provided an in-depth analysis of the campaign with a series of essential metrics such as:

Access to all the above information helped CIPLA to understand the success of their broadcasting campaign. After analysing the extracted data, many processes were optimised such as time of sending broadcast, reinitiating the broadcast in case maximum calls went unanswered, or running campaigns in multiple time groups according to doctor’s availability.

As the agenda and information of the webinar were not the same for every department, so every voice campaign had to be customised for different departments. Moreover, running only one broadcasting campaign was not enough to cater to several departments CIPLA had. Thus, CIPLA was in search of a solution which can help personalise the voice messages as well as provide the flexibility to run multiple campaigns at the same point of time.

Running multiple broadcasting campaigns is a feature provided by Servetel in their web portal. Using this feature, CIPLA could easily create multiple campaigns and customise every campaign depending upon the department and webinar specifications. Broadcast for every department was customised with a separate message with the help of text-to-speech integration. The message script had the department name along with the schedule of the webinar. In addition to webinar details, a little synopsis of the information to be explained in the webinar was also mentioned in the script. Some of the campaigns which catered to different departments were named as:

Moreover, to give their voice campaign more personalised touch, CIPLA opted for voice messages recorded by our voice-over artists. Every recorded message had a separate voice to resonate with their unique brand identity.

With so many features built in one web portal, CIPLA could create, change and run multiple campaigns with ease. This boosted the overall efficiency of their broadcasting process and helped them to channelise their call broadcast efforts.

Not every webinar witnessed a large number of people which led to the waste of significant amount of resources from planning to execution phase. Thus, to avoid any such wastage, again and again, it was important for CIPLA to have an estimate about the webinar attendees to manage the resources and schedule the webinar in advance.

Call broadcast with DTMF response option boosted the effectiveness of the whole webinar. Now rough estimations of webinar attendees were made in advance, and subsequent changes were done in time. In case of fewer confirmations, many webinars got rescheduled which saved a lot of resources and time.

Challenge 5: Automatic Voice Broadcast in the Absence of a Campaign Administrator

Any holiday or absence of campaign administrator affected the whole voice broadcast schedule of the campaign. To remove any such manual dependency, CIPLA wanted to automatise running of call broadcast campaigns. This automatisation was critical for CIPLA as they had many campaigns planned at the different time of the day. Moreover, any dependency over external factors hugely affected broadcast of the webinar.

Servetel web portal gave the flexibility to schedule the whole campaign in advance. It allowed the same campaign to be scheduled in different time groups. For instance, if the same call broadcast campaign were to run at 9:00 AM in Delhi and 2:00 PM in Chennai on Sunday, so it could be scheduled for both time slots in advance on Friday. Moreover, without any human intervention, the calls would automatically get broadcasted on Sunday.

This helped CIPLA to eliminate any obstacle encountered in the smooth running of the campaign. By scheduling the whole voice broadcast in advance, any dependency over the agents got removed which ensured a smooth run of the voice broadcast irrespective of holidays or anyone’s absence. How Voice Broadcasting Can be a Boon for Your Business 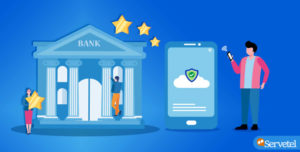 About the author: Manisha Mishra

Manisha Mishra is a content strategist having interest in varied aspects of technology and a knack to share the knowledge through words. She is working at Servetel, a company with a focused vision of spreading Cloud Technology services with the world. Writing blogs, reading books, networking with people & public speaking keeps her motivated in her leisure time. To explore more about her, you can follow her on: Twitter, Facebook, LinkedIn