How GST is Going to Influence the Telecom Sector Goods and Services Tax (GST) has been in the minds of the government for quite sometime now and it was implemented on the 1st of July 2017. The implementation of GST is meant to regulate the telecom sector in terms of taxation. The telecom sector has seen several ups and downs in the past decade. For the same reason, TRAI (Telecom Regulatory Authority of India) has played an important role in synchronising the Indian telecom sector. The Department of Telecommunication (DOT) has also released a circular clearing the doubts about its effect on the telecom sector.

GST is a system of taxation that merges up individually applied taxes into single tax. This step has been taken to reform the indirect taxation in India.

There are various aspects of the impact that GST has created on everything. But as India is embracing a single tax code, the effect on the telecom sector is going to be presumably immense as with the coming times there will be more clarity in the scenario of telecom sector.

The telecom sector in India has seen a revolution with the post liberalization economic growth after 1991. And the 1999 telecom policy has consolidated it even more. According to TRAI, in October 2015, we crossed a billion mark for the mobile subscribers and the total number of broadband subscribers in the end of October 2016 were 218.42 million. The arrival of smartphone has just increased the number of users exponentially.

The bigger players in the telecom service providers have shown a much promising picture to the consumers in terms of prices and benefits. The increasing competition has only brought the prices to a much beneficial realm for the consumers.

If we look at the trends in the Indian telecom sector for the year 2017, data realization per MB is going to fall by 20-25% in 2017. The fiberisation of network in India has not yet covered a large area, so it is going to be more prominent in 2017. The LTE and VoLTE enabled phones are going to be a lot cheaper in the coming year.

The growth in the mobile users is going to be 30+% from the existing 370 million users. And this is the reason behind the unexpected upsurge in the mobile advertising. The new GST regime will lead to a highly compliance cost from the telecom companies.

All in all, the number of wireless subscribers has increased and the statistics show that the number of users accessing the internet on high speed has also increased.

This increasing numbers of wireless users has also ensured that consumers are using internet based communication medium is much larger way.

Impact of GST on Telecom Sector

From the arrival and implementation of GST, the government proposal is to levy 18% tax on the telecom services. The current figure is 15% of tax and so the difference is of 3%. The hike in taxes may have a varied impact on the pricing policies of the telecom companies.

According to the government’s press release, currently, the telecom service providers are neither eligible for credit of VAT paid on goods nor of special additional duty (SAD) that is paid on imported goods and equipment. But under the GST regime, the telecom service providers would avail credit of IGST paid on domestically procured goods as also imported goods.

Is GST Going to Benefit the Telecom Sector?

Telecom sector has millions of subscribers and it is one of the most basic infrastructural services for subscribers. The current ways of indirect taxes have several challenges which is the reason GST has many promising prospects for the future. GST will turn out to be an absolute solution that will become more concrete with the coming times.

In the current situation, the telecom sector is regulated by TRAI and licenses are distributed by the Department of Telecommunication (DoT). Telcos get circle-wise licenses to provide telephony services. Circle wise license distribution doesn’t align with the geographical boundaries of the states. For example, Delhi NCR circle covers Delhi, Ghaziabad, Noida, Faridabad, Noida and Gurgaon telephone exchanges. GST will allow the distribution of license on state wise basis.

The disparity of incurring roaming charges will be different further because of the state wise circle allocation. So, the state wise accounting is going to be applied under the GST regime.

Currently India is divided into 22 telecom service areas or circles for the purpose of licensing. Under the effects of GST, it will be levied in 29 states and 7 union Territories (UTs). The IT and billing systems will require a redesign to ensure GST compliance.

The finance ministry has already asked the phone companies to cut down prices of the telecom services, as the higher tax credits is unlikely to exceed the 1% of revenue, which is way below the 3%  hike in the tax rate on telecom services.

GST as a Game Changer

If we look at the concept of GST then the prices are going to reduce with it. The current way of taxation has cascading effect meaning a tax is applied on every stage that propels the product or services further.

Due to such cascading effects, the end consumer has to pay a higher price for the same product. So it is speculation that due to this common tax scheme, the consumer will have to pay much lesser prices.

it is a concrete speculation that under the GST regime, the wallet services would be clearly defined whether it falls in the service ambit or just a plain transaction. This is just one of the several challenges. The telecom sector is ready for such challenges and GST is here for an unprecedented assistance to the establishment. 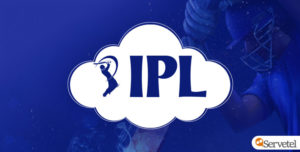 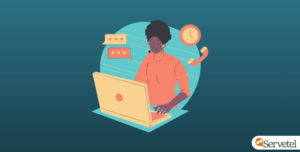 About the author: Vipul Srivastav

Vipul Srivastav is a Digital Marketing Strategist with Servetel and he likes to share his research based ideas and thoughts about the contemporary technological innovations. He also contributes to several other websites consolidating the overall knowledge base over the internet. Apart from these he likes photography and music.